How the building industry transforms our way of life.

Do you remember your first cell phone? Mine was a Motorola Razor: a simple flip phone that was state-of-the-art in 2006. As technology improved, it quickly became obsolete. It now sits in a junk drawer with a dozen other electronic devices that I have no use for, don’t know what to do with, and yet can’t seem to part from. Does that sound familiar? 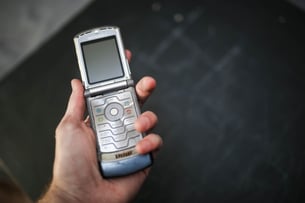 Well, you are not alone. Collectively, the United States produces 7 million tons of e-waste each year, the equivalent of every car driving around New York City. That’s a lot of valuable resources and materials removed from circulation, polluting the environment as it slowly decomposes over the next 1 to 2 million years. And that’s just in electronics. 300 million tons of plastic waste is generated every year - the equivalent weight of the entire human population. Even then, the building industry is far from immune with 600 million tons of waste added from construction projects.

So, is there a better way? What if we could recycle these materials, bring them back into the economy, and, in doing so, create a circular life cycle rather than the current, linear one? Is it realistic - or manageable - to try? Will these efforts even be supported?

While this warrants consideration, hope is still able to shine through. Something like urban mining is not a silver bullet, it is a step in the direction of a circular economy: greatly reducing the environmental impact of the building industry, e-waste, and more. If you're interested, I recommend checking out this article on ‘A world without waste: the rise of urban mining.’ You can also listen to Rasa Weber's 20-minute “Innovative Materials” podcast interview by clicking here. I’d love to hear your thoughts!

You can also watch Rasa's Change by Design webinar: Urban Mining, where she goes in-depth on these topics.

Here is to making a difference - by design.