Are you listening now?

“I just need you to listen.” Sounds simple, right? Based on the reactions to my last post, it’s not that simple, especially for design professionals who must listen to a variety of stakeholders. Ask Wandile Mthiyane, and you'll learn how he founded the Ubuntu Design Group around this very idea: Listen to Build.

You’ll also learn that it did not quite work out the way he had anticipated - at least not at first. The plan all along was to use architecture to make a difference where he grew up, in the shanty towns of Durban. When he moved back to South Africa from Michigan (where he graduated from Andrews University School of Architecture and Interior Design), he was faced with a community not ready to be heard by him. Some because of his young age, others because of the color of his skin. The former would have worked itself out - with time. The latter - not so much. Wandile let neither stand in the way. He regrouped and pushed on “to develop community-based architecture to liberate and enable opportunity, growth, and commerce for low-income communities” and ideally “work [himself] out of a job.” 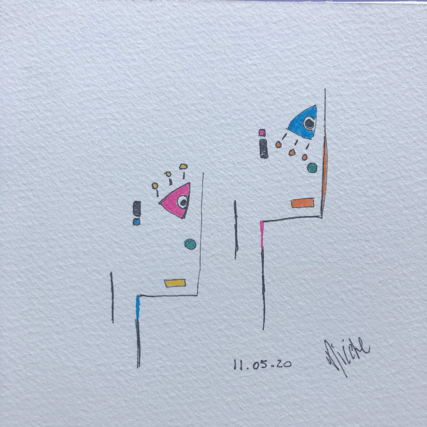 Years in the making, his approach - rooted in the Zulu concept of Ubuntu meaning “I am because you are” - received accolades from Forbes, the Obama Foundation, SXSW, One Young World,  Andrews University (of course)  and many more. But, this is not why I reached out to Wandile to invite him to present in our Change by Design series. It helped, but it’s also not because his work aligns with the United Nations Sustainable Development Goal number 11: To make cities and human settlements inclusive, safe, resilient, and sustainable. What drew me was his unequivocal “Why”: Change the World. It reminded me of stories I’ve heard from design professionals like you who chose design and architecture to make a difference. Practitioners who, like Wandile, have chosen to leverage the power of design to solve societal challenges in their communities or across the globe. You are my heroes.

Here is to listening to build - by design. And, of course, here is to you, for because of you, I am.